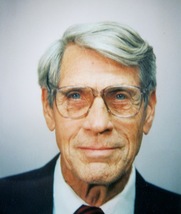 S. Allen Bacon, 93, who directed several social agencies in Philadelphia and was active in peace, social justice, and environmental concerns, died Aug. 15 at Crosslands in Kennett Square, of natural causes.
A lifelong Quaker, Bacon was a conscientious objector during World War II, taught at a Friends school, worked for the American Friends Service Committee (AFSC) and directed several neighborhood social service agencies in Philadelphia. After retirement, he served on the boards of various agencies and, along with his wife of 68 years, Margaret Hope, helped to restore an historic Quaker burial ground and its neighborhood in North Philadelphia.

He was a graduate of Westtown School, Antioch College and Harvard Graduate School of Education. He wrote in his memoirs that he was motivated by his Quaker heritage and liberal education.

He gained recognition in the social service field in his first settlement house job as community organizer at Friends Neighborhood Guild. He designed and directed a program to reduce juvenile delinquency in a gang infested area of North Philadelphia. Germantown Settlement, where he was director for nine years, collaborated with the Housing and Redevelopment Authorities to build new public housing on scattered sites, rather than clearing whole blocks of housing, and demonstrated a more humane system of relocating families from condemned houses.

Bacon became director of the Greater Philadelphia Federation of Settlements, which he had helped to re-organize and which operated, through its member agencies, a number of city-wide youth programs in vocational training and employment and a program for emotionally disturbed school children.

In his last position before retirement, he served as director of the Center for Human Services of the Episcopal Community Services, where he was responsible for the operation of about 15 social services ranging from home-based care, foster homes for teenagers, family counseling, volunteer services to the blind, to prison chaplaincies and a senior center.

In his retirement years, Bacon served on the boards and committees of some of the agencies for which he had previously worked. His major retirement activity, however, was first as president and then as fundraiser on the board of the Fair Hill Burial Ground Corporation. Fair Hill was a neglected and vandalized Quaker burial ground in an area then called the "Bad Lands." Buried there are Lucretia Mott, Robert Purvis, Anna Jeanes, and a number of other notable 19th-century abolitionists and reformers. The corporation purchased the burial ground from its delinquent owner and restored it to become a beautiful and educational historic site.

Memorial meeting will be held at the Crosslands Retirement Community in Kennett Square on Sept. 14 at 2 p.m. in the community's William Penn Lounge. Memorial contributions may be made to the Fair Hill Burial Ground Corporation, Antioch College, and the American Friends Service Committee.

Born in Jennersville, Pa., on April 12, 1964, she was the daughter of Emily Sharpless Baker and the late Joseph Henry Baker. She was a 1985 graduate of the Child Development Center of Coatesville,  and a member of the First Baptist Church of Kennett Square. She was a committed Christian who was very giving and caring for others.

In addition to her mother, she is survived by three sisters, Cheryl Finnan of Lincoln University, Joy Chamberlain of Elkton, Md., and Betty Jo Truslow of North East, Md.; two brothers, David Robin Baker of Tehachapi, Calif., and Richard Nelson Baker of New Castle, Del.; and two aunts, Mary Ellen Sharpless of Dutton, Va., and Marjorie Sharpless of Topping, Va. In addition to her father, she was preceded in death by her brother, Michael Joseph Baker.

A service was held Aug. 26. Burial was in Union Hill Cemetery in Kennett Square. To send condolences visit www.rtfoard.com. 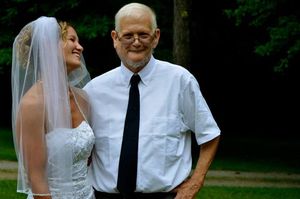 William "Rock" A. Matthews, 66, of Oxford, passed away on Aug. 22 at his residence.
He was the husband of Susan Savage Matthews, with whom he shared 42 years of marriage. Born in Boston, Mass., he was the son of the late Harry E. and Catherine Maloney Matthews. He was an accountant and was the owner of A Clean Space in New London. He served his country in the U.S. Army, serving two tours of duty in Vietnam.

He was a member of the Assumption BVM Church in West Grove, the Knights of Columbus Council No. 3858, the American Legion and the Right to Life.

He enjoyed gardening, raising goats, history, driving, and being with his family and friends.

A funeral was held Aug. 27. Burial was in the Indiantown Gap National Cemetery in Annville, Pa. In lieu of flowers, a contribution may be made to the American Cancer Society, 740 Commerce Drive, Suite B, Perrysburg, OH 43551. 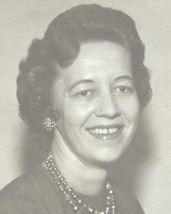 She was the wife of the late John T. Lewis. Born in Tinicum Township, Delaware County, she was the daughter of the late John B. and Eva Kausas Klimansztas. She enjoyed flower gardening, her cats, yard sales -- especially a good bargain -- and talking on the phone with her family.

She is survived by two daughters, Susan Simone and her husband John of Coatesville, and Rita Smyth and her husband James of Lincoln University; one stepson, Thomas Lewis of West Chester; one brother, Joseph Clemens of Nottingham; four sisters, Alberta Thomas of Peach Bottom, Barbara Jones of Oxford, Carlene Allen of Nottingham, and Rose Swayne of Quarryville. She was preceded in death by a daughter, Barbara E. Phillips.

Services will be announced at a later date. Online condolences may be made at www.elcollinsfuneralhome.com.

Allen G. "Woody" Wood, Sr., 77 of Oxford, passed away with his family by his side on Aug. 20 after a lengthy illness.
He was the beloved husband of Evelyn D. McQuade Wood. Born in Hopewell, Pa., he was the son of the Late Allen D. and Frances McMichael Wood. He proudly served his country in the United States Army. He was a vice president in banking, having worked for more than 38 years in the industry. He was a 50-plus year member of The Union Fire Company No.1 of Oxford, serving as a past president and director, a member of the American Legion, F.O.E and past member of the Oxford Area Chamber of Commerce.
He is survived by his loving family, wife Evelyn D. Wood of Oxford; son Allen, Jr. (Vietta), daughter Martha Rogers (Edwin) of Tennessee, son Christopher (Samantha), son Michael (Donna); 10 grandchildren; and five great-grandchildren.
His memorial service was held on Aug. 24 at the Mount Vernon Mennonite Church in Kirkwood, Pa. In lieu of flowers, donations in Allen's memory can be made to Union Fire Company No. 1 Ambulance Division Inc., 315 Market Street, Oxford, PA 19363.
Online condolences can be made at www.ruffenachfuneralhome.com. 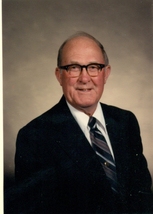 Joseph F. Volk, 91, of West Grove, passed away on Aug. 24 at his residence.
He was the husband of Dora Haines Volk, who passed away in 1972, and with whom he shared 25 years of marriage. Born in West Grove, he was the son  of the late Howard T. and  Nellie Brown Volk. He was a foreman at the NVF Company in Yorklyn, Del., for 49 years, retiring in 1989. He served his country during World War II in Alaska and the Aleutian Islands, as a member of the 11thAir Force, 343rd fighter group. He was a life member of the New London Presbyterian Church. He called figures for square dancing music for 55 years, all over Chester County. He  also sang for 125 weddings.

A visitation with famiy and friends will be held from 10 to 11 a.m. on Aug. 29 at the Christian Life Center (125 Saginaw Rd., New London Township). His funeral service will follow at 11 a.m.  Burial will be in Union Hill Cemetery,  Kennett Square.

In memory of Joseph, a contribution may be made to the American Cancer Society, 1626 Locust Street, Philadelphia, PA 19103. 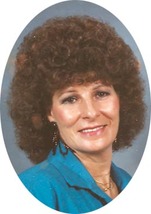 Rosa Lee Abel, 73, of Elizabethton, Tenn., previously of Chester County, went home to be with her Lord on Aug. 21 at Sycamore Shoals Hospital, following a brief illness.

She was a native of Johnson County, Trade Community and was the daughter of the late Joseph and Elsie Hamm. She raised her family in Chester County, Pa., where she worked in mushroom farms. She retired from Pine Ridge Care Center after 20 years of service.  She loved reading and gardening, and was of the Baptist faith.

The family will be receiving friends at the home thoughtout the week. Online condolences may be sent to the family by visiting www.tetrickfuneralhome.com.