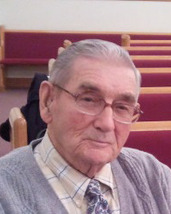 Robert Lee Orenshaw, Jr., 91, of Oxford, Pa. and Wildwood, N.J., formerly of Philadelphia, went home to be with his Lord and Savior on Aug. 6 at his home.

He was the husband of the late Ellen T. Coleman Orenshaw. He was a veteran of the U.S. Marine Corps, serving in the Pacific Theatre in World War II with the Night Fighters Squadron 542. In 1982, he retired from the U.S. Postal Service in Philadelphia. After retiring, he enjoyed many summers in Wildwood, N.J. His greatest joy was witnessing, handing out tracts and telling others about his Lord and Savior on the Wildwood boardwalk, which he did for 25 years.

A funeral was held Aug. 9 at Nottingham Missionary Baptist Church. Interment was in the church cemetery. Visit www.elcollinsfuneralhome.com. 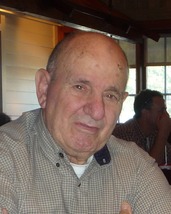 He was the husband of Patricia Spiers DiPaola. Born in Chester, Pa., he was the son of the late Frank and Rose Carofa DiPaola. He was employed with NVF Company in Kennett Square, retiring in 1995. He was also a professional singer, who performed with Rodney Dangerfield and Don Rickles, as well as Bill Haley and The Comets. In recent years, he was a Christian musician, performing for nursing homes and churches. He was an active volunteer for many years at Ware Presbyterian Village in Oxford, and with Onesimus Ministries at the Chester County Prison.

He is survived by his wife; one son, Michael DiPaola of Kirkwood; four grandchildren; eight great-grandchildren; two stepdaughters, Marguerite Hoberg of Oxford and Jennifer Handlin of New Knoxville, Ohio; and one sister, Isobel Weber of Aston, Pa.  He was preceded in death by his first wife, Bonnie Barnett DiPaola; and a son, Frank.

A memorial service will be held at 11 a.m. Aug. 24 at Union Presbyterian Church (5637 Street Rd., Kirkwood). Interment will be in the church cemetery. In lieu of flowers, donations may be made in his memory to Onesimus Ministries, in care of Rev. Vernon Myers, 145 Bethel Rd., Oxford, PA 19363.