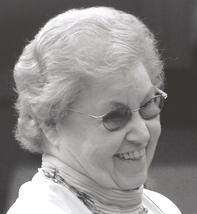 Mary P. McKay, 78, of Pocopson, passed peacefully on July 24 at Bryn Mawr Hospital, with family at her side.

She was the wife of Raymond L. McKay, with whom she shared 47 years of marriage. She was born in West Chester, the first daughter of the late G. Merril Pratt and Esther C. Pratt. She was a graduate of Unionville High School, class of 1952. She earned a bachelor's degree in elementary education from West Chester State Teachers College in 1956, and soon earned a masters degree in instructional media from West Chester University.

She grew up on the family farm in Pocopson, learning the value of hard work while gaining an appreciation of the beauty of the Brandywine and Pocopson valleys and their rich histories.  During her life, she was a member of both Birmingham and London Grove Friends Meeting. She worked at W.T. Grant Department Store during college and began her teaching career at Caln Elementary. After one year, she entered the faculty at Unionville-Chadds Ford, retiring in 1997, having taught for 40 years. She was employed as the secretary for Pocopson Township in the 1970s, during a period of swift growth. She loved volunteer work and was a part of many service and social groups, often taking roles of responsibility. She volunteered for the Unionville Community Fair, East Marlborough Auxiliary for Chester County Hospital, Longwood Fire Company, and Kennett Square Lions Club. She was a member of RAP (Retired Active People), Lesserton Garden Club, Mr. Patton's Bridge Club, and YAG (Young Adult Group).  The latter is a group that meets once a month for a variety of social events.

Her hobbies were gardening, photography, and teaming up with her husband in researching local history. She loved attending extended family activities and delighted in the activities of her granddaughters.

She is survived, in addition to her husband, by her son Donald (wife Jennifer) of North east, Md., and her daughter Carolee (husband Jeff Csubak) of Chadds Ford; and her granddaughters Melanie, Heather, and Natalie McKay. She is also survived by two sisters, Ruth Anderson (husband Jack) of Kennett Square, and Sarah Darlington (husband David) of Pocopson.

Relatives and friends are invited to services on Aug. 10 at 11 a.m. at the Charles F. Patton Middle School (760 Unionville Rd., Kennett Square).  Visitation will be from 8:30 to 11 a.m. at the school, prior to the service. Interment will be private at Birmingham Lafayette Cemetery.

Born in West Grove, she was the daughter of Richard E. Phillips of Oxford and Bonnie Shumake Smith of Oxford. She graduated from Oxford Area High School in 1981. She owned and operated several restaurants in Tucson, Ariz., and Rehoboth Beach, Del. Most recently she owned a coffee and gift shop, the Coffee Press, in Millsboro, Del. She was an excellent chef and enjoyed planning special events. She had an artistic ability, and enjoyed cultural and artist activities. She loved her Himalayan cats.

She is survived by her parents; two sisters, Angie Marshall of Findlay, Ohio, and Katrina Phillips of Montpelier, Vt.; one stepbrother, Barry Smith of Oxford; one stepsister, Wendy Bannerot of Queensland, Australia; two nieces, Elizabeth and Lauren Marshall; and two nephews, Josiah Phillips and Ryan Bannerot. 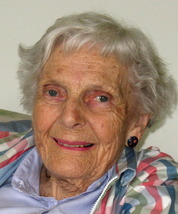 A resident of Kendal at Longwood since 2000, she lived in the Kennett area for nearly 50 years, raising a family with her late husband, James Patrick Reynolds, in Hamorton village from 1965 through 2000.

She was born to Malcolm and Ena Moncrieff in 1925 in Surrey, England. She grew up in England's Home Counties and London, and served in the Women's Royal Naval Service (WRENS) during World War II, repairing airplanes in the Orkney Isles of Scotland. Although she remained a lifelong British subject, she left England in the early 1950s when she was transferred by her employer Royal Dutch Shell to Yokohama, Japan. There she met Jim Reynolds, a U.S. Navy Lieutenant completing his service following the Korean War. She joined Jim upon his return to the U.S.; they married in 1955 and settled in New London as he began a 30-year career with the DuPont Company.

Wendy worked as a secretary before the birth of her children, and resumed her career as an administrative assistant and development specialist in the 1970s, working at the Upland Country Day School in Kennett Square for more than a decade. She was a committed volunteer with many local nonprofit organizations and causes, including KAJAC, the Chester County Council on Addictive Diseases, Brandywine River Museum and Longwood Gardens. She and Jim were accomplished motorsports rallyists, ballroom dancers and travelers. Through her 70s, Wendy remained a passionate golfer at the DuPont Country Club, where she was a GAP team member and longtime officer of the women's 18-hole group. While at Kendal, she was active in the computer, bridge and movie clubs, among many other pursuits.

Wendy was a longtime congregant and choir member of the Episcopal Church of the Advent in Kennett Square, where she will be remembered in a memorial service at a date to be determined soon and posted at www.griecocares.com. In lieu of flowers, the family suggests donations to the Delaware Nature Society (www.delawarenaturesociety.org) or the American Cancer Society (www.cancer.org/donate).

Roy Grinestaff, 75, Kirkwood, Pa., passed away on Aug. 4 at the Ware Presbyterian Nursing Home after a lengthy illness, with his loving wife, Judy, by his side.
Born in West Grove, he was the son of the late William and Lula Hilbert Grinestaff. He was a welder fabricator, working for Pannell Manufacturing in Avondale for many years, retiring in 2007. He was a longtime dairy farmer in Chester County before working for Pannell. He loved gardening, golfing, being outdoors and his cats.
He is survived by his wife of 26 years, Judy L. Mendenhall Grinestaff of Kirkwood; a stepson, George Kiesel III of Cramer, Pa.; two grandsons; and many nieces and nephews. In addition to his parents, he was preceded in death by two brothers, Charles and Kenneth.
Relatives and friends are invited to visit with the family on Sept. 7 from 10 to 11 a.m., followed by his memorial service at 11 a.m. at the Manor Church (505 Street Rd., Cochranville). In lieu of flowers, donations in his memory should be made to the Manor Church.
Online condolences can be made at www.ruffenachfuneralhome.com.