Matthew Mark Halsey, 21, of Newark, Del., formerly of Nottingham, Pa., passed away on

Born in Lancaster, he was the son of Roland Halsey and Tina Jones, both of Newark, Del. He was employed with Priority Services as a landscaper. He loved writing music and playing guitar.

A funeral was held July 22. Interment was in Oxford Cemetery.

In lieu of flowers, donations may be made to the Edward L. Collins, Jr. Funeral Home, Inc.

She was the wife of Lawrence R. Klein, with whom she shared 31 years of marriage. Born in Chicago, Ill., she was the daughter of the late Lowell O. Haygood and Johanna Patricia Christian Haygood Locke. She was a homemaker and enjoyed gardening, traveling, boating and the beach.

In addition to her husband, she is survived by one daughter, Dana N. Klein; one brother, Lowell O. Haygood, Jr. of Alabama; two sisters, Linda L. Lindmeier of Boston, Mass., and Carole J. James of Smithville, Tenn.

Services and burial will be private. In lieu of flowers, a contribution may be made to the American Cancer Society, 1626 Locust Street, Philadelphia, PA 19103.

She was the wife of George R. Ayers, Jr., who passed away in 1990. Born in Wytheville, Va., she was the daughter of the late Robert and Arietta Kegley Smith. She was a cafeteria worker at the Unionville  Elementary School for many years. She enjoyed being  with her family.

She is survived  by one son, George R. Ayers  and his wife Judy of Bear, Del.; one daughter, Vickie Ayers of Bear, Del.; two brothers, Frank Smith and Earl Smith, both of Nottingham, Pa.; two sisters, Trudy Titus of Peach Bottom, Pa., and Shirley Hall of Lincoln University, Pa.; and two grandchildren.

A funeral was held July 22. Burial was in Unionville Cemetery. 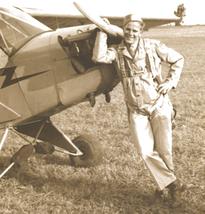 Paul Jack "PJ" Fichter, 91, of Strasburg, formerly of Wallingford, passed away July 16 at his home.

He was the husband of the late Dorothy Cordwell Fichter, with whom he shared 60 years of marriage. Born in Pittsburgh, Pa., he was the son of the late Harry L. and Elizabeth M. Fichter. He graduated from Nether Providence High School in Wallingford. He attended and trained at the University of Colorado and the U.S. Air Force Academy, and graduated from the Central School for Flexible Gunnery at Laredo Army Air Field, Laredo, Texas, as an instructor.

He was a veteran of the U.S. Air Force, serving in World War II. He earned the rank of Staff Sergeant and Tail Gunner on the B-24 409th Bomb Squad 930 Bomb Group, and flew in 35 missions over Europe and Germany. He was awarded the Air Medal with four Oak Leaf Clusters, Air Force Wings, European, African and Middle Eastern Theatre Campaign Ribbons with Bronze Stars, Aerial Gunner Medal, Aviation Badge and the Overseas Service Bar.

He was employed with Sun Oil Company in Philadelphia and Marcus Hook as an electrical engineer, retiring in 1983. He was instrumental in the planning and development of Sun Center in Aston, Pa. He was an avid woodworker, golfer, and enjoyed hunting, fishing, boating, canoeing and spending time with his family.

He is survived by a daughter, Lynn F. Liggitt and her husband R. Michael of Strasburg; two grandchildren, Kelly A. Liggitt Bucklen and her husband Keith T. of Pittsburgh, and M. Gordon Liggitt of Lancaster; a great-grandson, Liam S. Bucklen of Pittsburgh; a great-granddaughter, Avery C. Bucklen; two nieces, one nephew and their families. He was preceded in death by a sister, Grace Fichter; and a brother, Harry L. Fichter, Jr.

Services will be private. In lieu of flowers, contributions in his memory may be made to the First Presbyterian Church of Strasburg, 101 S. Decatur St., Strasburg, PA 17579. 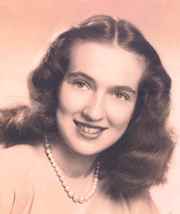 Margret McCann, of Landenberg, passed away on July 18 at the age of 87.
She was the wife of the late Newlin McCann, with whom she shared 57 years of joyful marriage. Born in New York City, she was the daughter of Martha and Max Vintschger, and sister of Otillia Anliot.
She is lovingly remembered by her son Andy McCann and partner Wanda Soto of Landenberg, daughter Jeannie Kornfeld and husband Amos Kornfeld of Norwich, Vt., daughter JoAnne Thomas and husband Jeff Thomas of Landenberg; grandchildren Andrew and Matthew McCann, Hannah and Jacob Kornfeld, Carolyn and Kathryn Thomas; and great-granddaughter Peyton Albrecht.
She graduated from Ridgewood High School in 1944, and studied music at West Chester University. Her greatest passion in life was classical music. She began teaching piano and theory in 1958, and shared her passion for music with students of all ages at McCann Music Studio for over 50 years. As a member of the Delaware State Music Teachers Association, she served as a judge at music competitions, and a number of her students participated in DSMTA music festivals. As a volunteer, she entertained preschool children with music at Tick Tock Day Care Center in Avondale, and also played classical piano for residents at Kendal Retirement Community in Kennett Square. She attended Kennett Friends Meeting and enjoyed meeting for worship. She also loved their family home, Springdell Farm, traveling, nature, bird watching and art.
A celebration of her life will be held at Kennett Friends Meeting House (125 W. Sickle St., Kennett Square) on Aug. 24 at 10:30 a.m., followed by a luncheon. In lieu of flowers, memorial donations may be made to Willow Tree Hospice at 616 E. Cypress St., Kennett Square, PA 19348.

The family is sincerely grateful to Willow Tree Hospice and the nursing staff at Ware Presbyterian Village for their loving care of Margret. 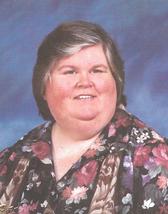 Born in Drexel Hill, she was the daughter of the late Frank I., Sr., and Ann E. McCrory Pannebaker. She was a retired licensed practical nurse. She was a member of Sacred Heart Church in Oxford, and was an associate with the School Sisters of Notre Dame.

She is survived by her brothers and sisters, Frank I. Pannebaker, Jr., and his wife Kathleen of Millsboro, Del., Roseanne F. McGuire of Philadelphia, Cecelia J. Valentino and her husband Joseph of Media, Pa., and Michael A. Pannebaker and his wife Patrizia of Oxford; and nieces, nephews and friends. She was preceded in death by a brother, Timothy J. Pannebaker; and a sister, Nancy Lea Koscuisko.

A memorial mass will be celebrated at 11 a.m. July 27 at Sacred Heart Church (203 Church Rd., Oxford). Interment will be private.

In lieu of flowers, donations in her memory may be made to the Edward L. Collins, Jr. Funeral Home, Inc. (86 Pine St., Oxford, PA) to help with expenses. 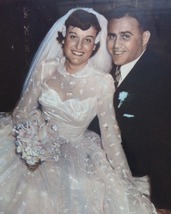 Phyllis Villamagna, 86, of West Grove, formerly of Brooklyn, N.Y., passed away July 19 at her home.

She is survived by one son, Robert Villamagna and his wife Lorraine of Colts Neck, N.J.; one daughter, Teresa Wendolovski and her husband Anthony of Oxford; and two grandchildren, Brandon and Tristan Villamagna. She was preceded in death by a brother, John Marinaccio. 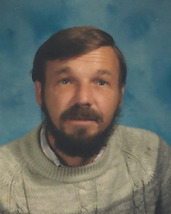 He was the husband of Juanita Halsey Jones. Born in Sylmar, Pa., he was the son of  Mary N. Dixon Jones of Newark, Del., and the late John T. Jones He was employed with the Christina School District as a custodian. He loved horses and fishing.

Funeral services will be held 11 a.m. July 27 at the Edward L. Collins, Jr. Funeral Home, Inc. (86 Pine St. Oxford), where friends and family may call from 10 to 11 a.m. Interment will be in Oxford Cemetery.